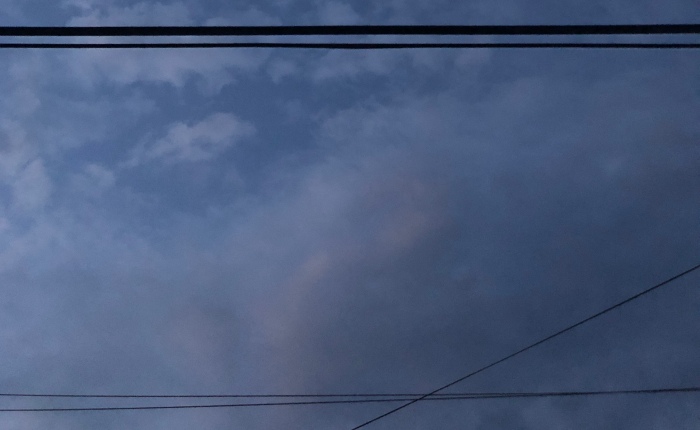 There is nothing more powerful than someone who walks into their destiny with boldness because they’ve walked humbly into the secret place. They walk out knowing this is where their confidence and qualifications come from.

Have you ever failed at something? If your answer was yes, you know it is no fun. If you answered no, then this blog post hopefully changes your perspective. Either way, most of us know the feeling of failure, if it be in big ways or small ways. I myself have learned a lot from my failures, but even more so through the conversations and prayers that have followed.

One thing I’ve learned is that it’s much nicer to fail in your living room than on the stage. I first started to pick up this truth at a young age while involved in theatre and church activities. As I’ve grown older, I’ve found this applies to life now a lot more clearly than I would have ever imagined.
This relates to jobs, relationships, ministry, and pretty much every place we go. At work, I saw this play out when I tried to get into a position before my boss thought I was ready for it. In ministry, I’ve tried leading large groups without first practicing with smaller groups and sharing messages without deep prayer for wisdom. I’ve tried presenting poetry without rehearsing or memorizing my art. I thought I would be fine without putting in the preparation, but embarrassed myself and looked like a fool instead.

When I was around 19 year old, there was a prayer and worship night at my church on the National Day of Prayer. I was super stoked for it, because I personally fed the idea for us to host such an event.  I made it known that I wanted to speak about revival and prayer and all kinds of good stuff! The problem was, even though I had an idea didn’t mean I was meant to carry out the message. The pastor asked someone else to speak, so this created a little awkwardness. I felt I had all the answers, since I had just gotten back from a discipleship school. I believed that the people at my church didn’t have what I had to offer, and I was going to be the one to break through to people’s hearts. Because of my pride and God’s mercy, a friend spoke to me about the subject of waiting on the open door instead of trying to bust through using one’s own power or initiative.

Thankfully I learned that lesson and backed off of trying to be one of the speakers and resorted to, “Whoever you have scheduled to speak will be great, I don’t need to speak at all. I want to just serve in any area needed.” My hear was super humbled that day. I could have continued to push and try to lead a revival, but my question I answered within my spirit was, “how can revival start if there isn’t an anointing or blessing from the people God put in charge of what was happening?” Humility is so tough for me, but being willing to serve in whatever way to get the task finished is super healthy and encouraging!

Through all of these and other failed attempts on a small scale, and not forcing my way into specific situations, I’ve gained trust, wisdom, skill and grown in integrity. These things I pray I never stop growing in, because with each new responsibility that presents itself comes more risk and requires a deeper trust in Jesus Christ and stronger character.

This is all developed through:

-failing and learning in the seemingly smaller/more forgiving tasks at hand, so you may have the skill-set with bigger tasks.

-growing closer in relationship with Jesus, so that walking in humility is second nature, praying is first nature, and confidence and trust is built between yourself and the creator  and author of everything that might come your way.

From this, people will see the gifts and talents that you have been given and that have developed in you, and in each step, will want to promote you, and God will put you in places of influence as you serve faithfully in everything you do.

There is nothing more powerful than someone who walks into their destiny with boldness because they’ve walked humbly into the secret place. They walk out knowing this is where their confidence and qualifications come from. Success will follow, change will occur, and lives and organizations will be transformed. More importantly, than any of those things, destinies will be discovered.

Hope will blossom, joy will bloom, faith will rise, and love will reside inside of you.